Breakfast can be so hard with food allergies! But the instant pot and I are here to rescue you! You say you want a hot breakfast, one that is easy, one that welcomes fall flavors and one filled with protein? I GOT YOU. Plus, this Instant Pot Pumpkin Quinoa Porridge is free of: gluten, wheat, dairy, egg, soy, peanut & tree nuts. It’s vegan and top-8-free too! An allergy-friendly, hot breakfast for all! (PLUS, there’s a buckwheat variation, if you’re into that kind of thing.) 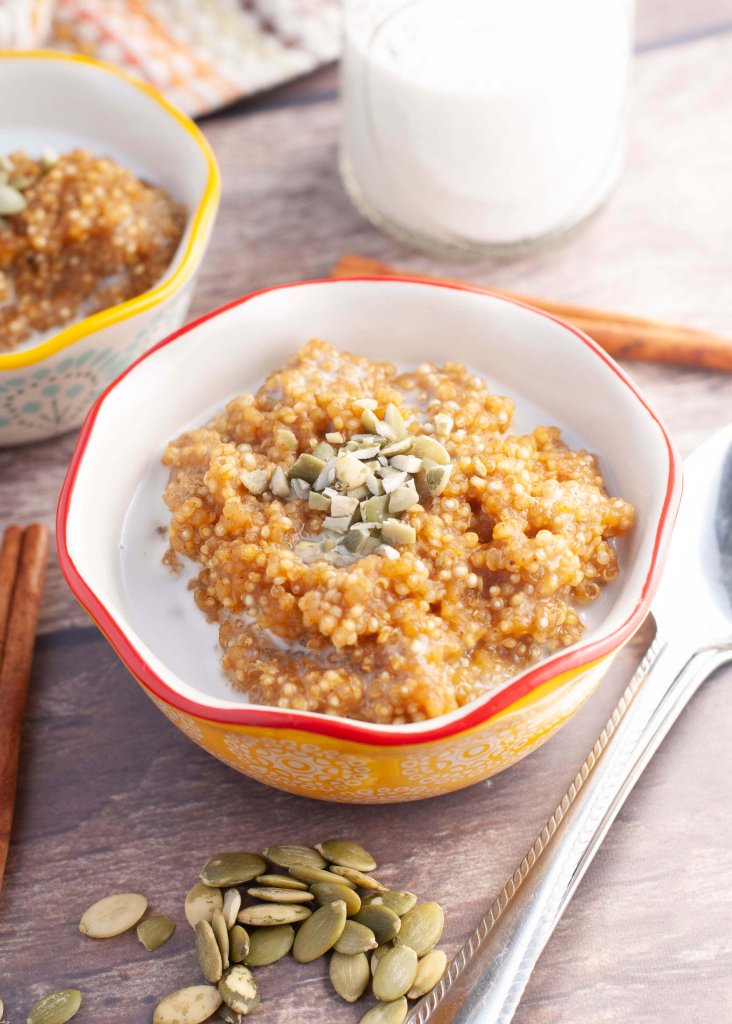 Breakfast has often been our nemesis. Especially with my son in all day school now, I want him to have a filling breakfast. But, when you can’t do eggs, and you can’t do wheat (goodbye cereal!) and you can’t do milk or nuts–it really limits the whole classic breakfast options.

To make things extra hard (because we’re fancy like that) we can’t do oats either. Not because they might have gluten (as some avoid them for that reason) but because my son straight up has an anaphylaxic allergy to oatmeal. 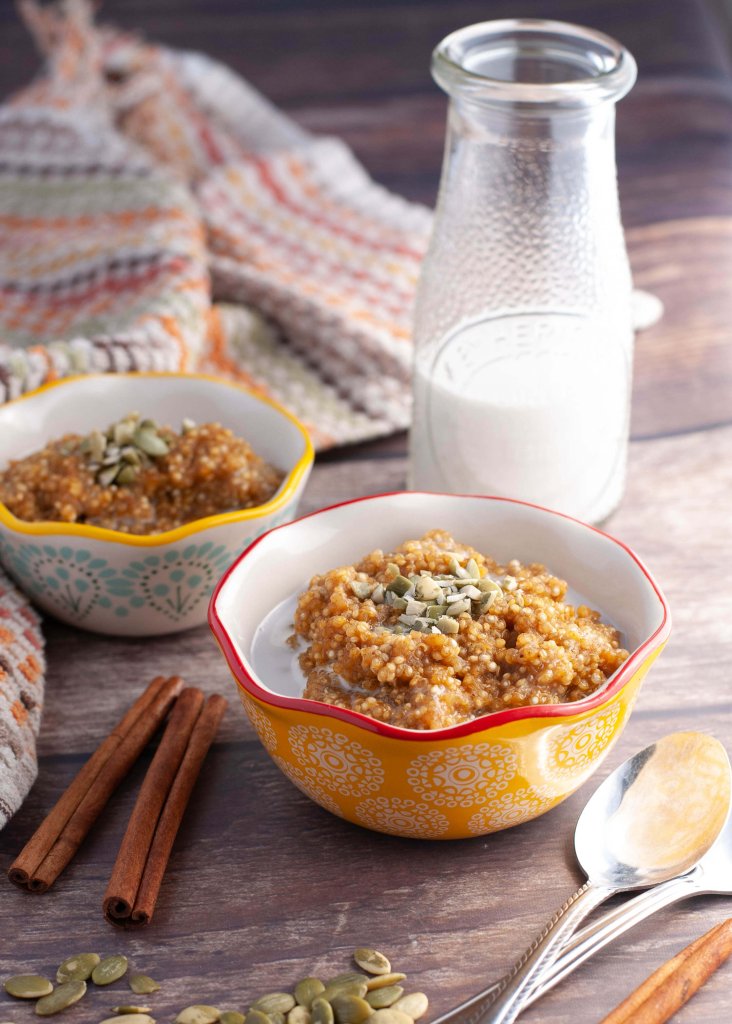 He’s never had a bowl of oatmeal in his life. And, I have so many memories of my mom making me oatmeal as a hearty, filling breakfast on cold fall and winter mornings.

I love pumpkin pie spice, so when I kept seeing overnight oats in pumpkin spice flavors I was starting to feel a bit jealous. I wished my son could have a breakfast like that.

Then it hit me–I could simply use a different grain! For the first few times we used buckwheat (which, although has “wheat” in the name is actually 100% gluten-free). I liked it as it was more textured and felt a little more filling to me. However, buckwheat does have more of a taste to it, so my kids didn’t like it as much. 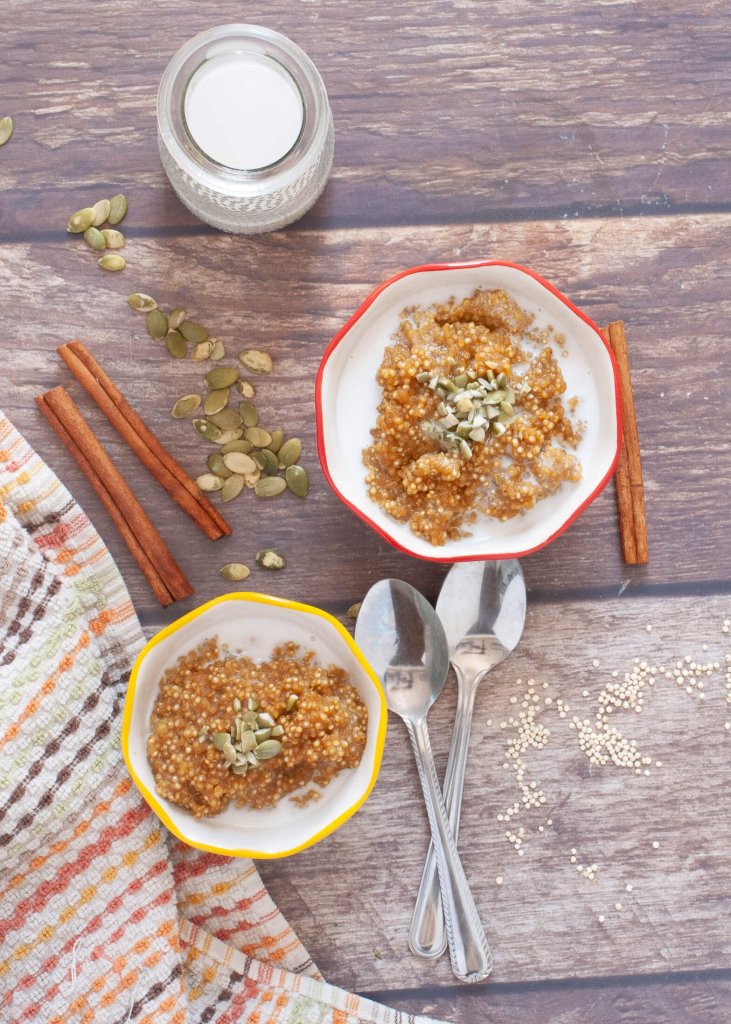 My kids LOVE quinoa, and it’s such a fast cooking, light flavored seed that it takes on any flavors. They’re used to this texture more and my baby seriously gobbled this up!

You’ll notice that the buckwheat and quinoa each need a little different amount of the wet ingredients, so be sure to read the notes section for the buckwheat variation if that’s the one you want to try!

And, I love having some crunch with my faux oatmeal, because it’s already such a soft texture that I really want that bite to it. Since we are nut-free, I used some unsalted, chopped pepitas (shelled pumpkin seeds) and that worked great! For extra flavor, you can also sprinkle additional cinnamon on top as well.

Eat it as is, or drizzle some safe milk in the bowl (like I love to!). Either way, I hope that this will be one allergy-friendly breakfast that you make all fall and winter long! (Especially because it takes only 11 minutes to cook, and you can make a double batch and just re-heat it throughout the week.)

And, if you have leftover quinoa you need to use up, you can check out: Quinoa Salad Recipes by fellow blogger Fool Proof Living. 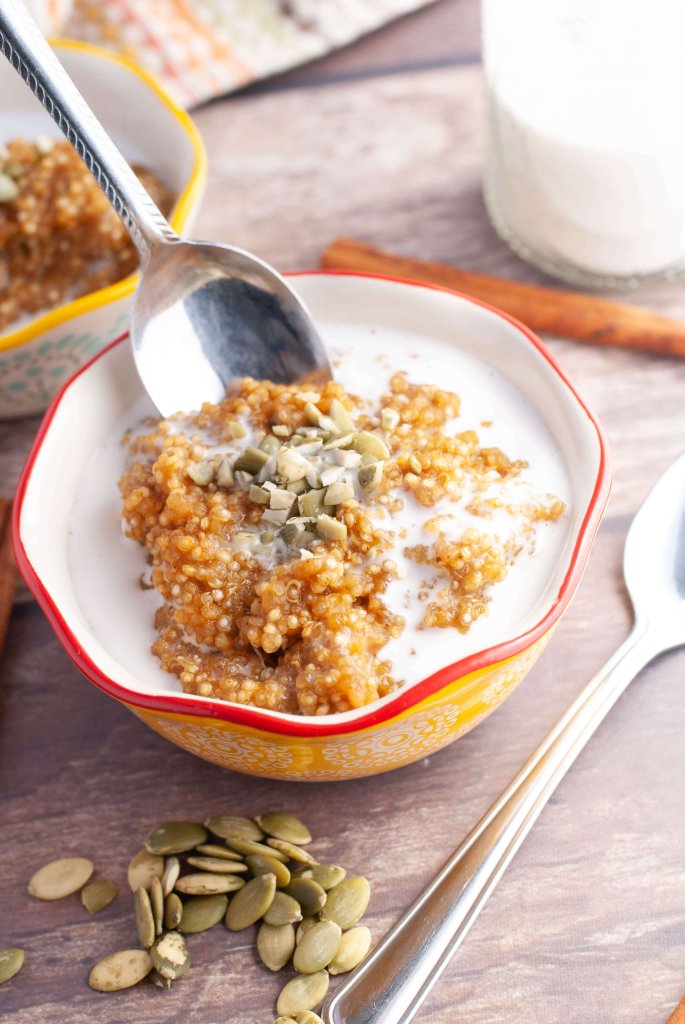 Close the lid. Set the pressure to "high". Move the valve to "sealing".

Hit "manual" and then use the plus and minus buttons until you reach 1 minute.

Once the timer has rung, allow the instant pot to sit (also known as naturally release pressure) for ten minutes. Once this is done, the timer will show "L:10".

Move the valve to "venting" to release any leftover pressure. Open the lid and stir to combine everything.

Serve warm, with additional drizzles of safe milk (I just use the leftovers from the can of coconut milk, or rice milk from the fridge.) Top with chopped pepitas and additional sprinkles of cinnamon for garnish, if desired.

For the Buckwheat version:
Use 1 cup buckwheat groats instead of quinoa
Use 1 cup of water instead of 3/4 cup
Use the entire can of full fat coconut milk (13.6 fluid oz)
Cook on high pressure for 10 minutes. Then, allow it to sit (also called "naturally release") for 10 minutes. Open, stir, and serve with any drizzles of safe milk on top, pepitas and additional sprinkles of cinnamon, if desired.

DON’T FORGET TO PIN IT, SO YOU DON’T LOSE IT. BE SURE TO ALSO CHECK OUT MY OTHER ALLERGY-FRIENDLY PINTEREST BOARDS.

Looking for other allergy-friendly breakfast ideas? Try these: 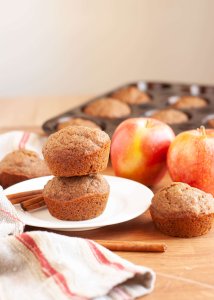 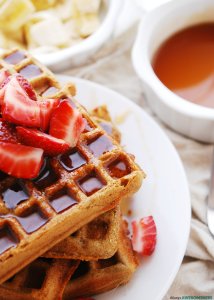 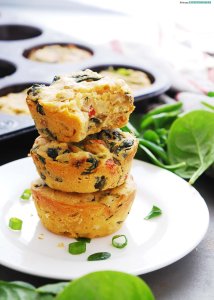 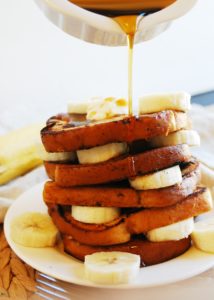