Moist, soft muffins loaded with zucchini and chocolate chips. Sweet with hints of cinnamon these get eaten so fast, you don’t even realize there’s vegetables in it. Great for breakfast or after-school, these snackable muffins get devoured. These Allergy-friendly Chocolate Chip Zucchini Muffins are free of: wheat, dairy, egg, soy, peanut & tree nuts. They’re also top-8-free and vegan too! 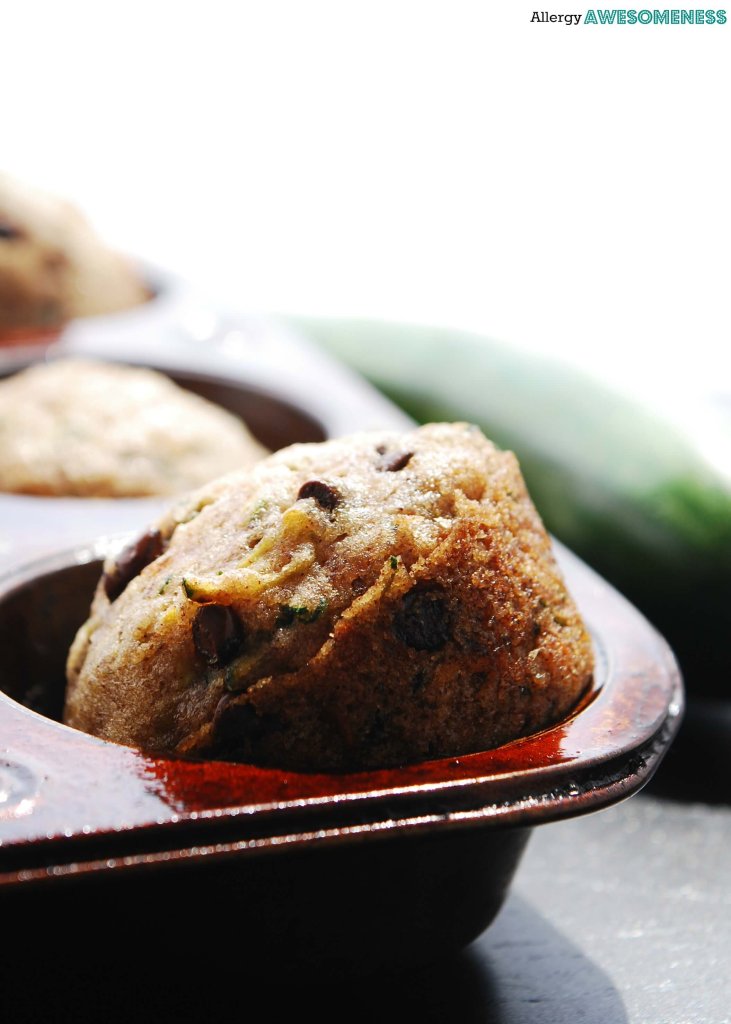 It may sound silly–but I’ve missed zucchini! I know many people grow so much of it in their gardens they are practically begging people to take it, but I’ve honest-to-goodness longed for it.

My son tested positive to it for his EOE, and so it’s been several summers since I’ve had it. And that elongated green vegetable has been missed. I love it roasted, I love it in pasta, I love it as zoodles, and I love it in baked goods. 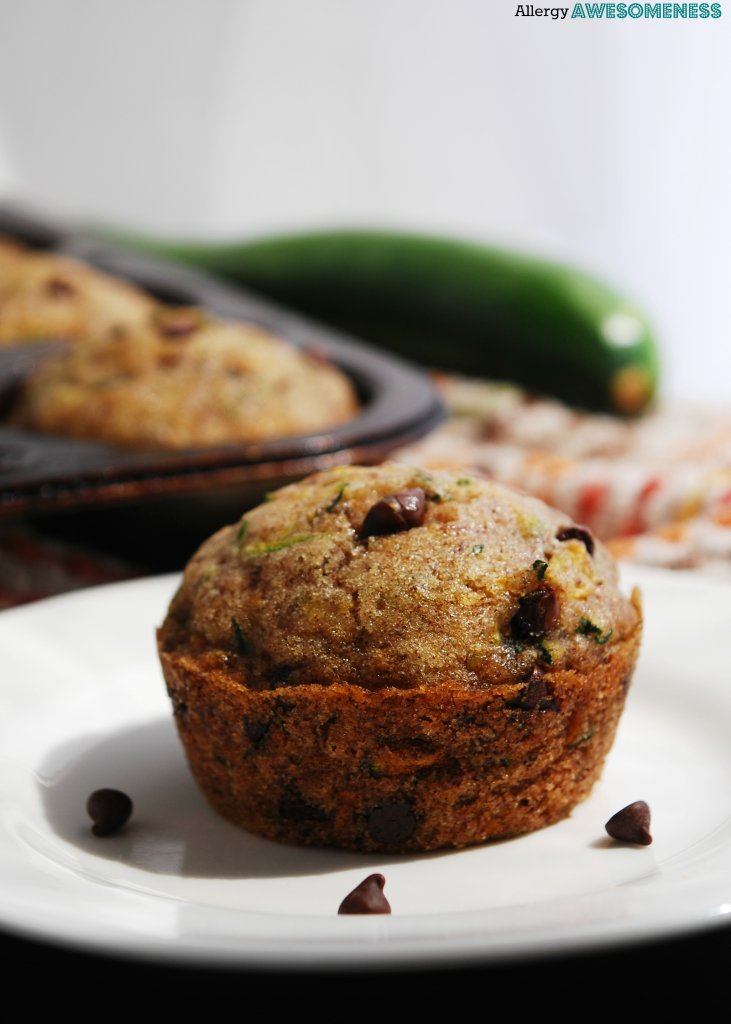 We’re having my son trial it, so I’ve been wanting to make all the classic zucchini recipes. The problem was, I had never made Chocolate Chip Zucchini Muffins before that were allergy-friendly. So, I went to a trusted source, Mel’s Kitchen Cafe–and decided to tweak her “The Best Zucchini Muffins” recipe. I figured that would be a great base to start with. Now all I had to do was take out the dairy, eggs and wheat. Bah–if only those weren’t the staples to a recipe. #AmIRight??!

Thankfully, the zucchini acts as a great moistener so these muffins are soft and forgiving for having the recipe be stretched and changed so much. 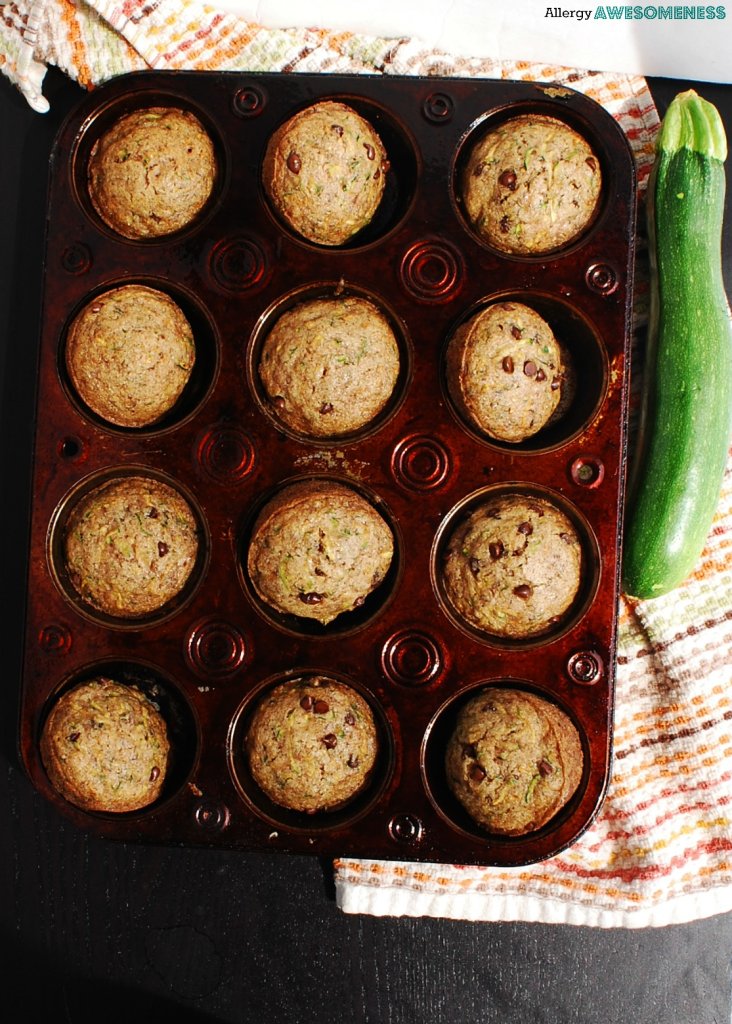 I also love that the egg replacer is flax seed, so not only are you getting a vegetable, but some great Omega 3’s too. Talk about a healthy breakfast muffin.

Since we’ve only been trailing zucchini for the last few weeks at my house and my son is still adjusting to yet another vegetable, my son was quite disgusted when he heard what I was planning to do with that pile of freshly shredded zucchini. I think somehow, innately, kids are naturally averse to green vegetables–especially in their beloved muffins (my family ADORES muffins). But, they soon forgot when they saw chocolate chips sticking out of the muffins and smelled the sweet aroma in the air.

They gobbled them up and I thoroughly soaked in my parenting win when I announced that it had zucchini in it. I immediately regretted it, worrying that it would somehow taint their good experience that they just had and they wouldn’t want them again. But, they’ve actually asked for them–by name!!– and gladly eat them every time I make them. So–feel free to be sneaky or not, as the recipe will stand on its own! 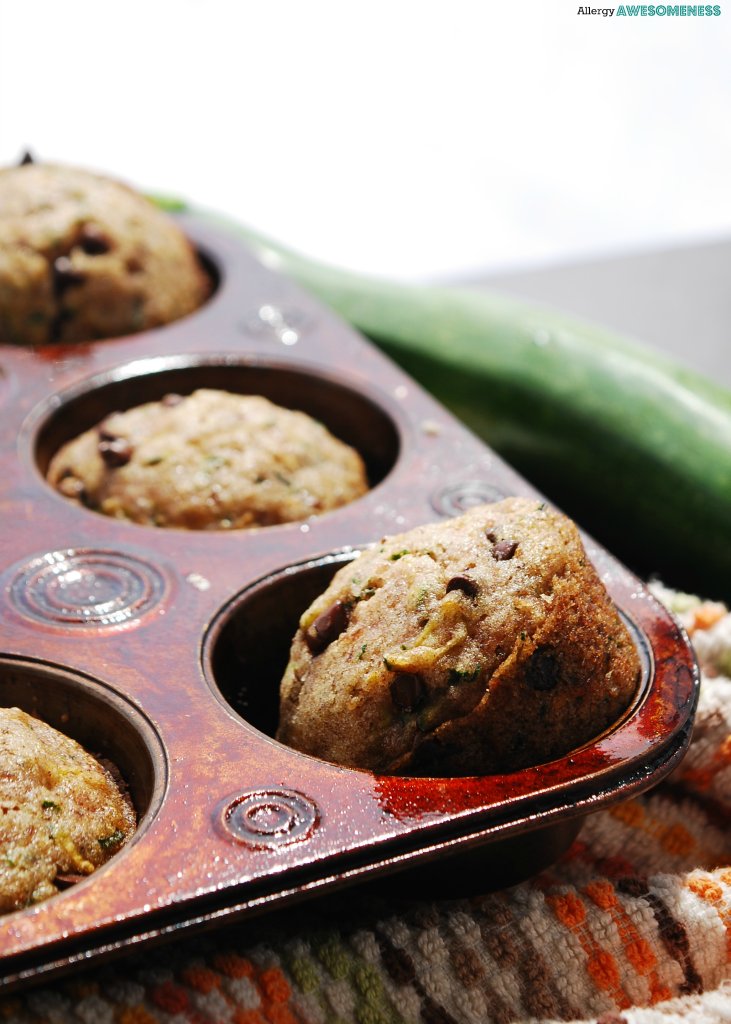 I love that my kids are getting a homemade, baked good for a snack (or breakfast) and that it’s loaded with a veggie. It’s such a double win. You could, of course, omit the chocolate chips if you want it to be healthier. I think they muffins are sweet enough on their own, but the Lavin’s are choc-o-holics, so we love to throw in a big handful (or two!) of our vegan chocolate chips.

I hope with back-to-school hitting all of us parents, that these allergy-friendly muffins will help you feel like your child has something to stick to them while they’re rushing out the door.

Go grab some zucchini from the store, or a neighbor’s garden, and get to grating them so you can make these delicious Allergy-friendly Chocolate Chip Zucchini muffins. 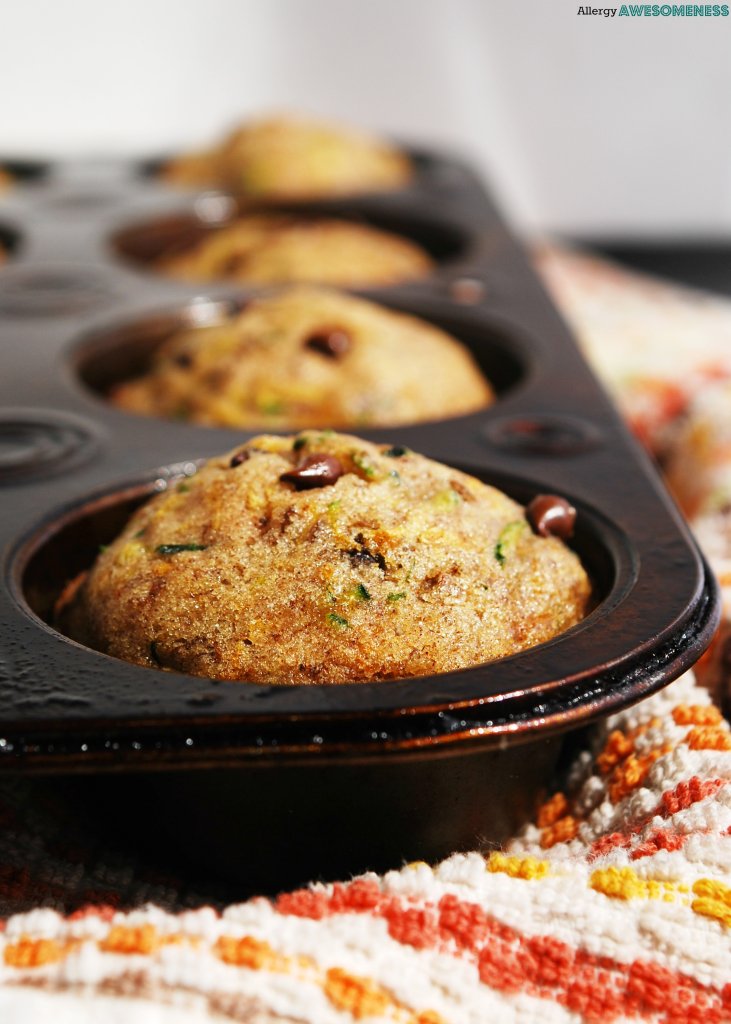 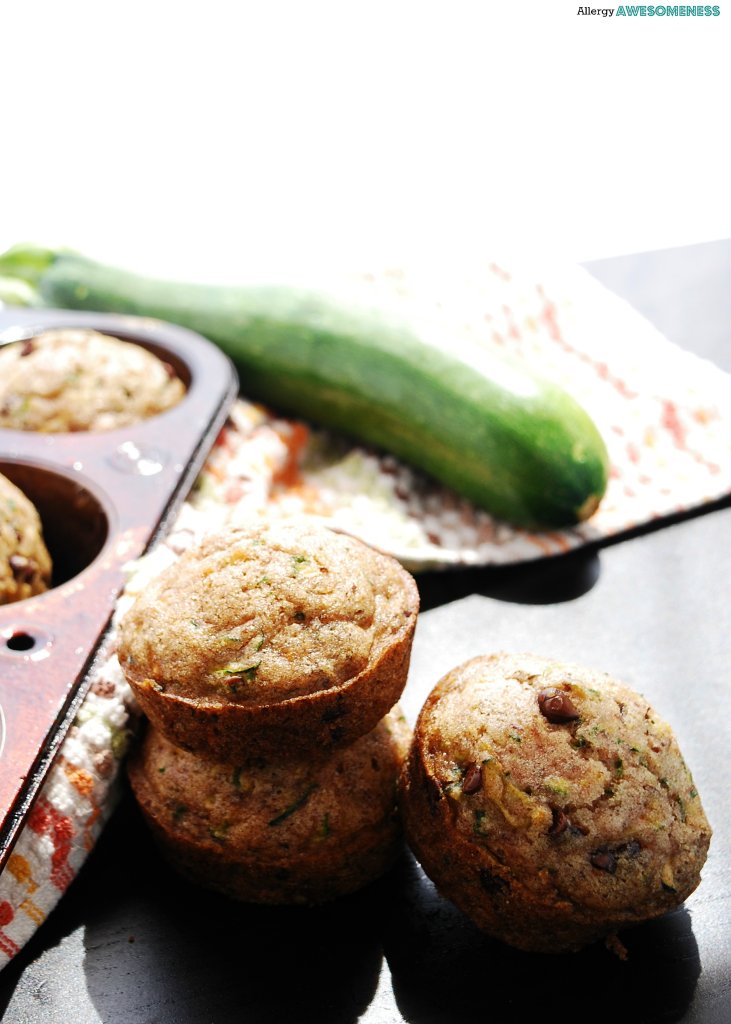 DON’T FORGET TO PIN IT, SO YOU DON’T LOSE IT. ALSO, CHECK OUT MY OTHER ALLERGY-FRIENDLY PINTEREST BOARDS!

Love muffins like I do? Check out some of my other favorite ones: 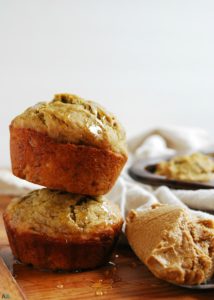