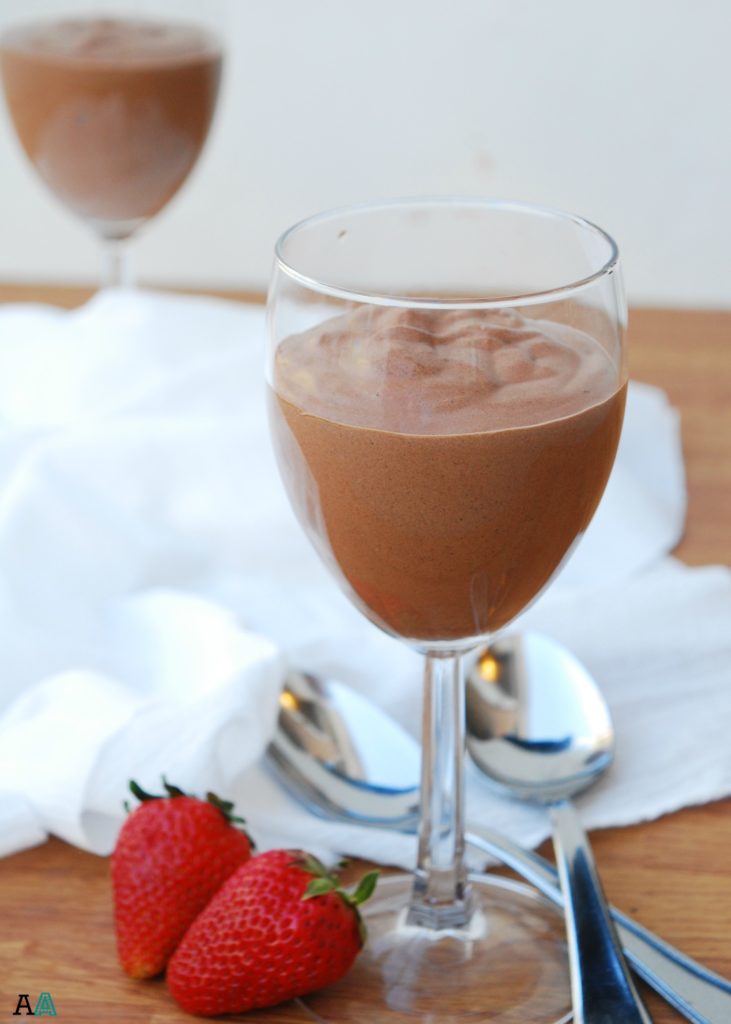 A light, ethereal chocolate mousse that’s made with gelatin instead of the traditional egg whites and coconut cream to make it dairy free. So rich and tasty, you’ll fool anyone who tries it into thinking it’s the classic version.

Elegant, yet easy since there’s no tempering of chocolate AND this decadent dessert only takes 15 minutes of active prep.

I feel like this is a simple, yet impressive dessert that is so rich you don’t need a lot. This is just the right amount for two people–you could stretch it to four, if you add berries and whipped cream. It really depends on how much you can eat. I like mousse because it’s so rich it stops me from eating too much.  Unlike a whole pan of brownies, this satisfies with a few thick spoonfuls. 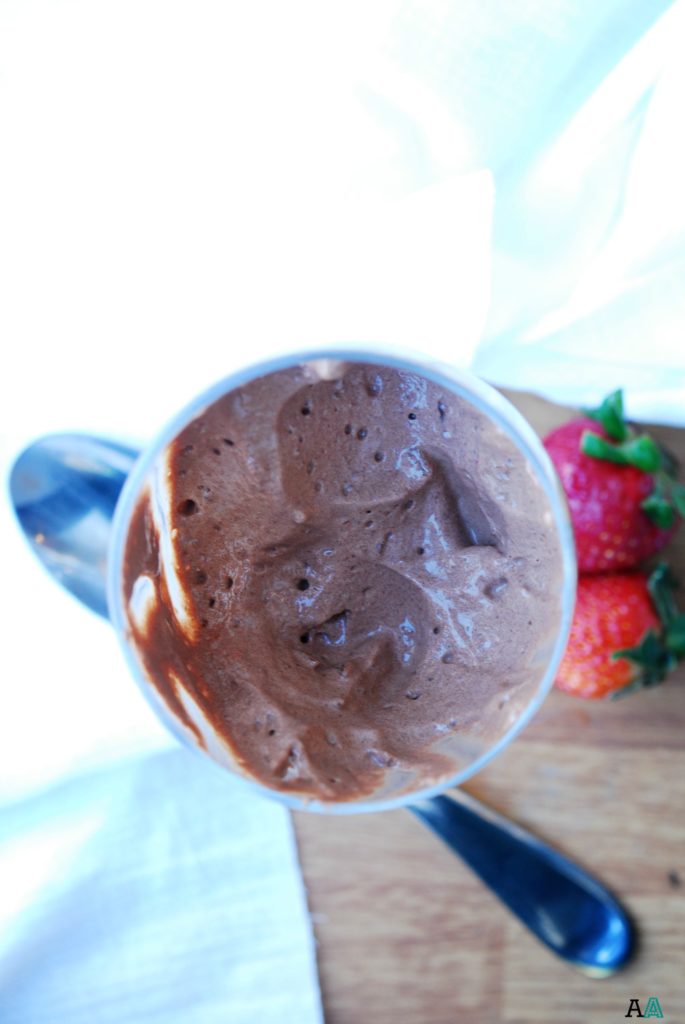 I also love this recipe because not only is it egg and dairy free, but it uses cocoa powder–which I always have on hand.  I don’t always have high quality chocolate, which most recipes call for.  Plus, I don’t like melting and tempering chocolate. The unsweetened cocoa powder still gives it that dark chocolate taste, without all of the work!

I think it’s perfect on its own, but my boys loved fresh strawberries on top. Raspberries would also be wonderful, as would a dollop of whipped coconut cream. 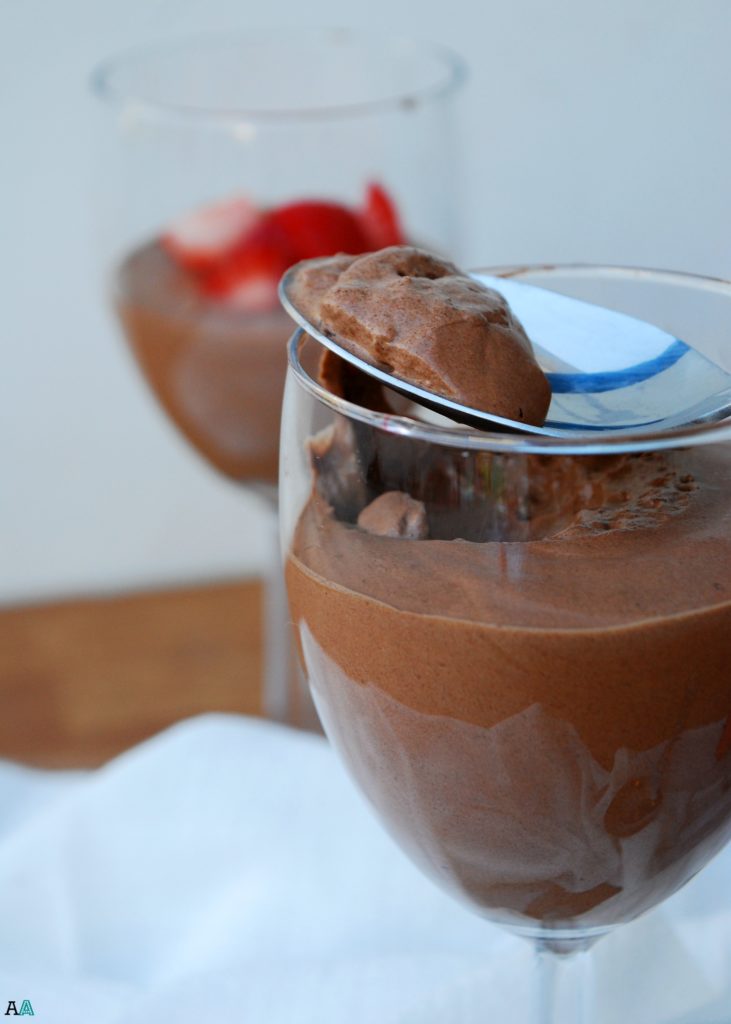 To me, this is a fancier dessert, and I was chuckling that my 4 and 2 year-old were chowing down on it. My husband often works through dinner, so here I was, with two little boys enjoying a “nicer” dessert.  Unfortunately, there was nothing refined about it, other than the dessert itself, as my 2-year-old was trying to fish the strawberries out with his hands and the mousse ended up all over their faces.  They are spoiled! I told them, “Not many little boys get to enjoy homemade chocolate mousse for dessert on a Wednesday night.” I don’t even think they heard me.

This does need to chill for at least a half of an hour, so be sure to plan ahead.  That’s probably the hardest part in making it is having to say goodbye to it for a half of an hour while it finishes setting up.

And, if you’re looking for another fancy chocolate dessert, and can have soy, check out these Vegan Pots de Creme by fellow blogger The Endless Meal. 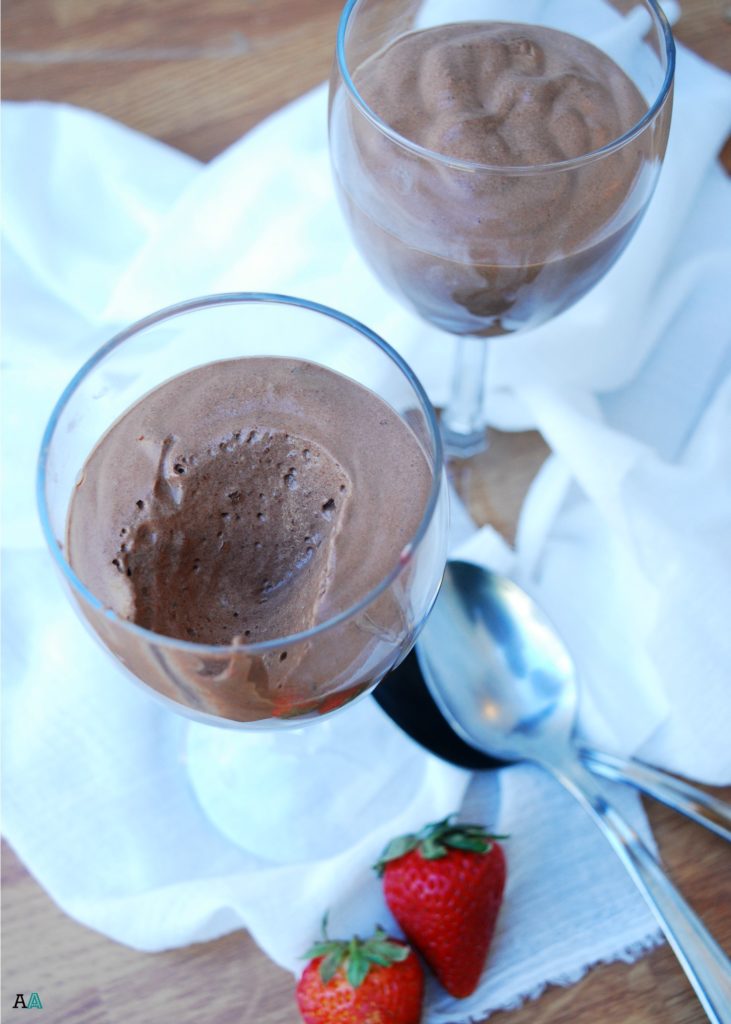 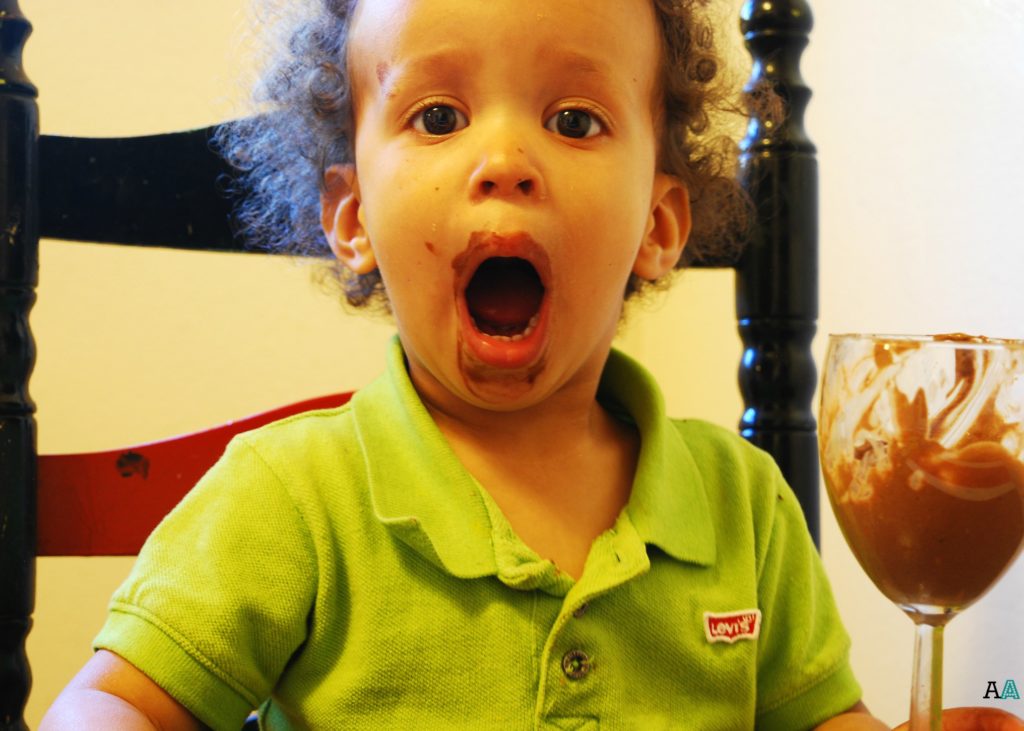 Adapted from the cookbook: Our Best Bites: Mormon Moms in the Kitchen