With the most flavorful broth this is a comforting soup perfect for fall or winter days. Filling from the beans and ham, this is one soup you’ll want to make over and over. Free of gluten, dairy, egg, soy, peanut & tree nuts. Free of the top eight allergens too! 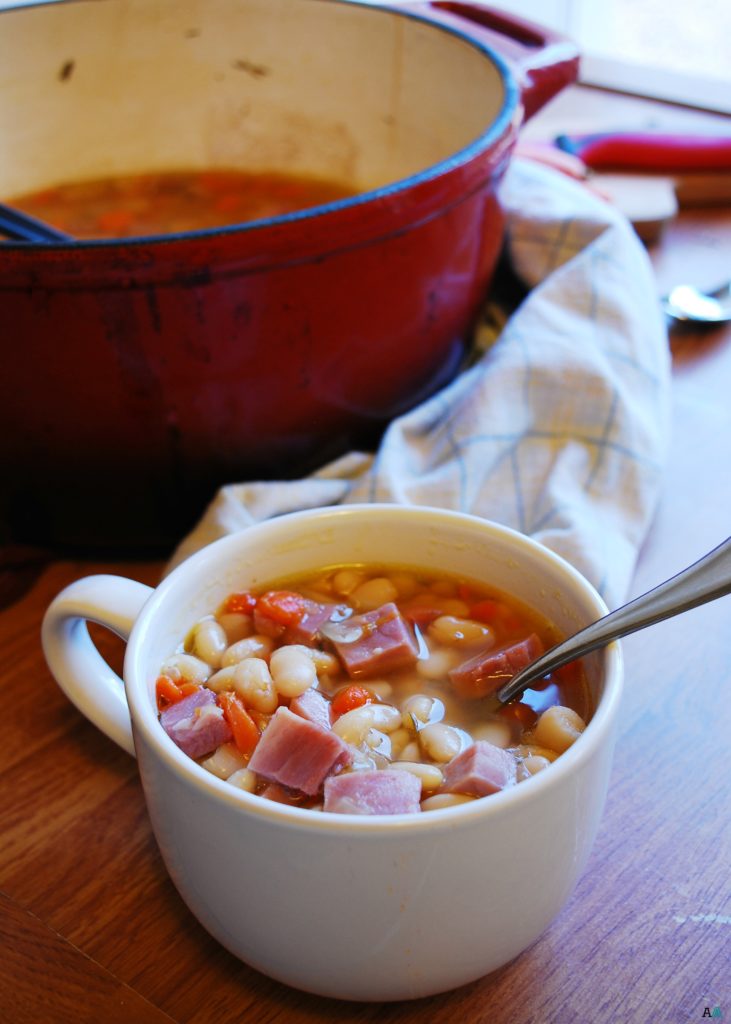 Confession: I often grew up eating the canned Bean with Bacon soup. You know, the kind that is congealed to the shape of the can? I guess you like whatever you’re raised on, because even though it was totally gross, I loved it.

My grown-up taste buds still love the combo of ham and beans, but I wanted something homemade and not as processed.  You know, something that when you pour it doesn’t go “PLOP”?

One of the best inventions I’ve found for my kids are these bowls with straws. Believe it or not, but they thought the broth was so flavorful, that they sucked it down first before even eating the filling and promptly asked for more. I seriously ran out of broth before I ran out of soup! (And, it makes me feel good because I make my own bone broth–so I love seeing them drink a ton of it!)

I also really love that I can use up my dried beans. I try to have a little food storage for emergencies, so I buy a lot of dried beans, and I feel like they’re becoming quite a stock-pile. So, it’s nice to have a recipe to use these up (plus they’re super cheap!). 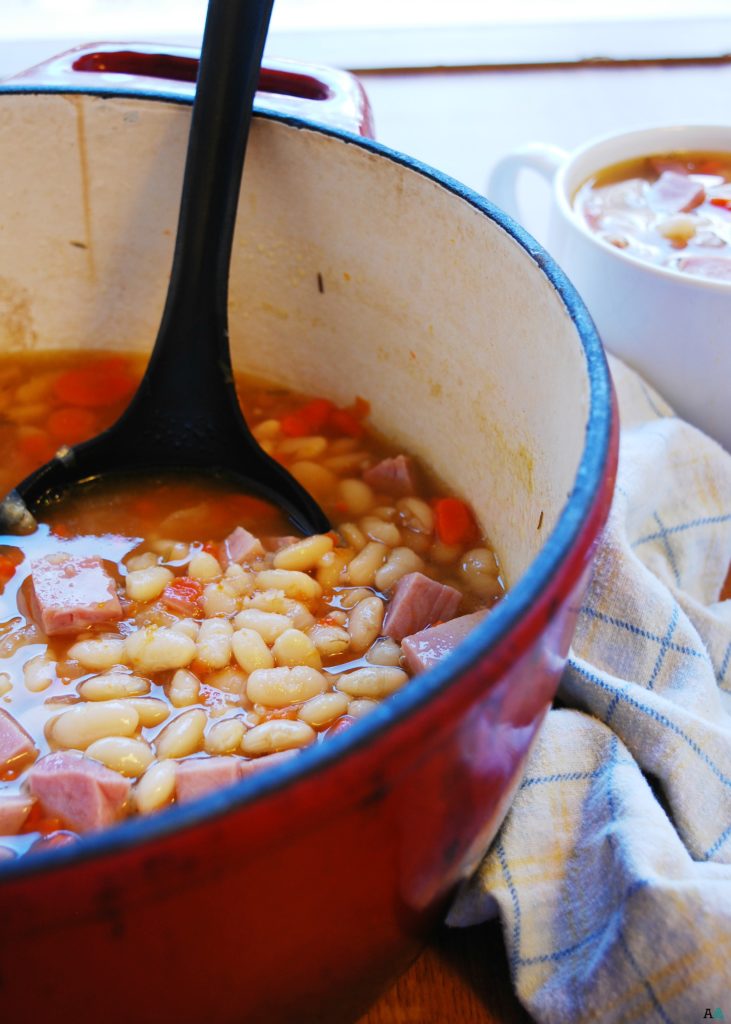 Lastly, two things about this soup. First off–don’t be scared of the ham hock. I had never bought or used one either. I had to ask my butcher where in the world they were kept! But, I’ve made a similar recipe before and the broth was definitely not the same quality and richness of flavor when I didn’t use it. So, put that ugly thing in there, put the lid on and forget about it. You toss it before you eat the soup anyways.

Secondly: is anyone else simultaneously excited for soup season and mourning that winter is on its way??! I get super excited to have soups once it cools down. I have soups at least twice a week. I feel like my recipe options double when it’s colder. But, I hate cold weather, so I can’t fully enjoy it. I seriously need to move! If anyone knows of genealogy jobs or social work jobs in warm areas–let me know so my husband can get a new job! I don’t know if I can do another Utah winter.

But, even if I’m stuck here this winter, I’ll at least have this soup to enjoy–that is, when I’m not fighting my kids for the broth. 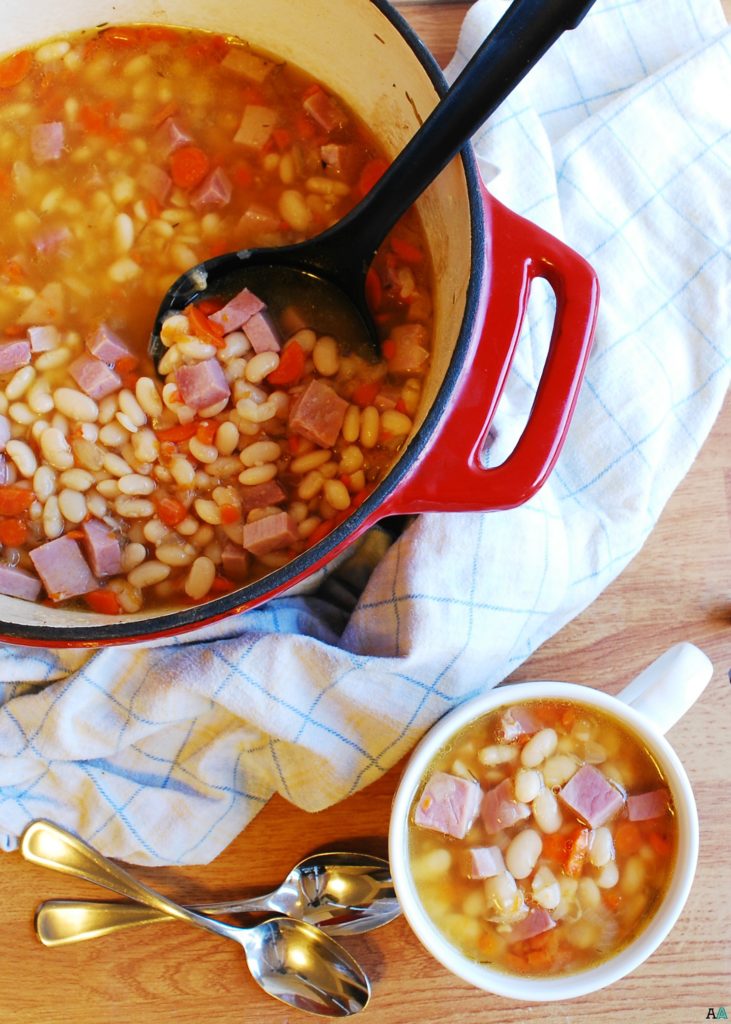 If you can, celery is great in this. My son just can't do celery. Also, the original recipe said 1 teaspoon of mustard--which I also think would be an excellent addition, but my son can't do mustard. Feel free to do both if your diet permits!

Also, when buying ham at my local deli, I make sure that they do not use a cutting machine that has used cheese to avoid cross-contamination. I also have the worker change their gloves.