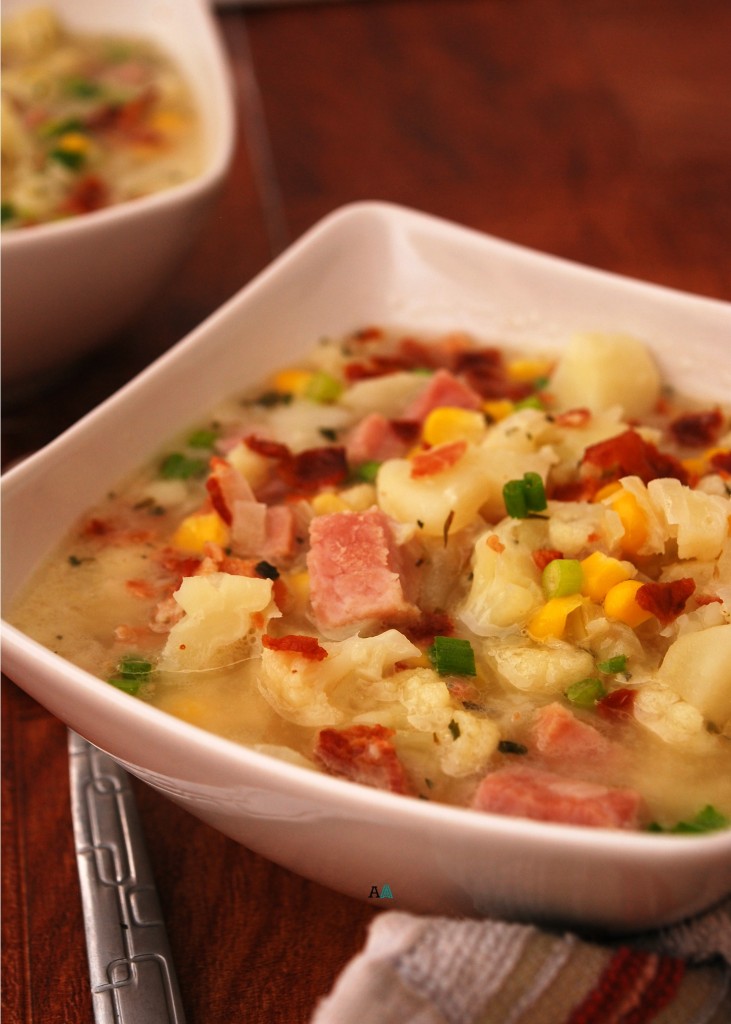 The only thing good about the winter is snowboarding and soup.  This soup is doubly delicious given that this soup has bacon AND ham. Don’t worry though, I put cauliflower in it, so that cancels out the bacon.  Although, I’m not sure it cancels out softening the onions in the bacon grease.  YOLO.

I really struggled what to call this super soup.  I almost did Bacon, Ham, Potato, Cauliflower and Corn Chowder, but that just felt like too much.  I want it to be a mouthful when you taste it, not when you say it.  Hence, why it’s now dubbed Everything Chowder.  Because not only does it have about every hearty ingredient, but this chowder is EVERYTHING.  I seriously look forward to making it.

One thing I really love about this dish is that it hides cauliflower so well.  If you have kids, then you know what I mean.  My son has decided that cauliflower belongs in the axis of evil.  Since this soup is chunky, I can dice up the cauliflower really finely and they think it’s potatoes! (Insert evil laugh).

Now, I know it’s January and some of you are still being good and doing your resolutions, and that this soup has bacon grease in it, but please bear with me.  Most chowders use butter to give it that richness, and since dairy is a no-no, you’ve gotta compensate for it somewhere.  Or, at least I tell myself that.  Just remember that this has veggies in it.  Keep repeating that to yourself and just hurry and dump the bacon grease in.

Lastly, I like to cook my bacon in the oven for grease-splatter-less ease.  Be sure to really cook it crispy, since you’ll be adding it to a soup, so it doesn’t become chewy.

I lied.  One more thing.  I always ask my butcher if their meat and cheese are cut on separate machines.  Then, I ask them to put on fresh gloves to make sure that there is no cross contact with any cheese. 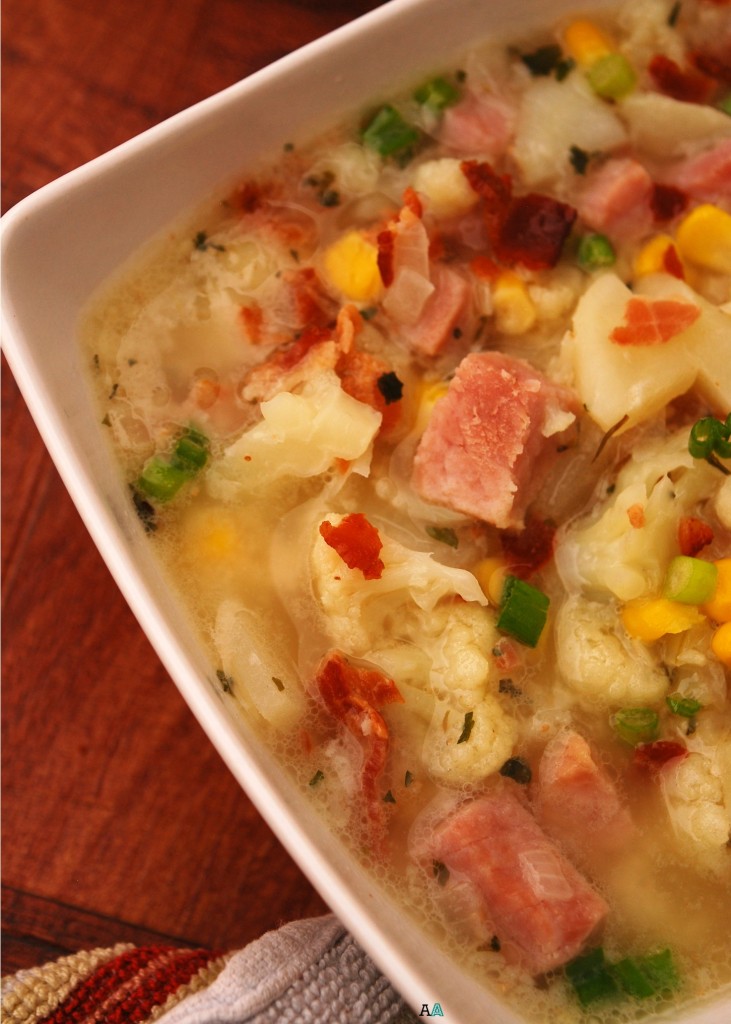 *To make this Whole30 approved, use plain soy milk, or coconut milk instead of rice milk.
Also, I usually use 6-8 pieces of bacon in the soup, but I mentioned using an entire package to get enough grease. Plus, a cook needs sustenance! You can snack on a piece or two while you're cooking. Cooking time may vary depending on the thickness of the potatoes.

Don’t forget to pin it, so you don’t lose it. Also check out my other allergy-friendly & Whole 30 Pinterest boards.